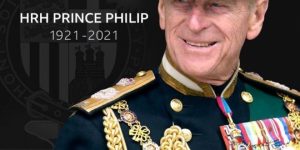 Buckingham Palace has announced the death of HRH The Prince Philip, Duke of Edinburgh.

The Parish of Milton expresses deepest condolences to Her Majesty the Queen, the Royal Family and the extended members of the Royal Household.

The Prince and Queen Elizabeth have been married for 73 years and between them have seen 14 Prime Ministers in office during the Queen’s time as Monarch.

On the Royal Family website, members of the public are asked to consider making a donation to a charity instead of leaving floral and other tributes in public spaces. An online book of condolence is also available for the public to post their personal tributes.