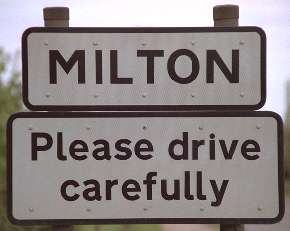 Milton is a village just north of Cambridge on the other side of the A14. It has a population of approximately 4,300 with 3,200 being on the Register of Electors. It expanded considerably in the late 80’s when two large estates were built between the bypass and the village resulting in a doubling of the population between the 1986 and 1991 census. (In the next decade its population remained static and according to the 2001 census it was still around 4,300.)

Milton is more than just a series of housing estates with a supermarket tacked on: the old parts of the village have a great deal of charm and it retains its village character despite being so close to Cambridge. 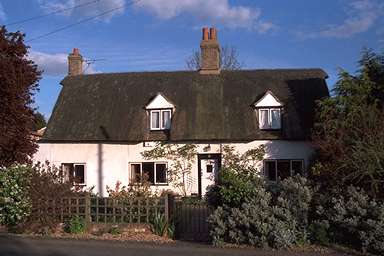 There are two areas of Milton which these pages largely ignore. The Cambridge Science Park is technically part of Milton, being just outside the city limits. The other area is the area known as Milton Detached or Chesterton Fen, being the section of Fen Road, Chesterton north of the railway line. However both of these areas are much more part of Cambridge than Milton, being to the south of the A14.

One of the oddities of Milton is that the main road through the village changes names three times. From Tescos to the New Apostolic church it is called Cambridge Road, from there to Pond Green it’s High Street, and for the last stretch out of the village it’s Ely Road (while High Street turns left past the Waggon and Horses until it changes name to Landbeach Road!). The reason for these name changes is described on our history page. To avoid confusion, on this page we describe this road throughout its length as the “high street”, without capitals.

Milton falls within South Cambridgeshire District Council (SCDC), a district covering the whole area around the city of Cambridge, but not the city itself. Their offices are at Cambourne.

You can find contact details for your parish,district and county councillors here

In planning matters SCDC consults Milton Parish Council, who meet regularly in the Bowls Pavilion or their office, both on Coles Road. Their minutes are posted on the noticeboard behind the war memorial on the corner of Coles Road and Fen Road and and are also available here. The parish council does its best to ensure that Milton continues to be a pleasant place to live, not least by planting masses of daffodils all over the village, which brighten the village in the early spring.

For older or disabled villagers the parish council runs a Mobile Warden scheme to help villagers to live independent lives in their own homes and Barnabas Court provides sheltered housing in the heart of the village. 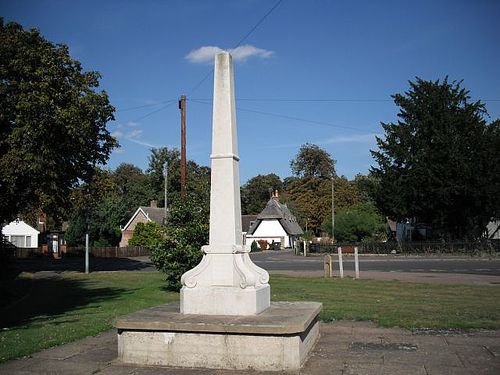 We have a doctors’ surgery in the village and a vet, but no dentist (there is a shortage of NHS dentists but there is a helpline number which will give you the details of those in Cambridge which are accepting NHS patients on 01553 811513). 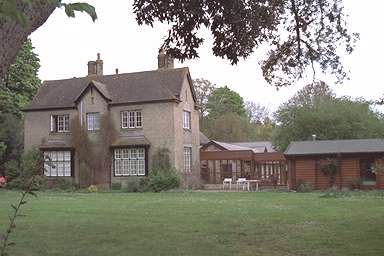 Childrens’ Hospice in the old Rectory

The children’s hospice, in the old rectory and its grounds, provides a valuable service for life limited children from all over the region.

Cambridgeshire Mencap run the Edmund House group of homes, located in and around Edmund Close in the heart of the village, providing community living for people with a learning disability.

Refuse collections are on Friday and SCDC operate a black, green and blue bin service on alternating weeks.

Recycling facilities are also provided at Tescos and at the centre on Butt Lane as detailed below:

The Children’s Hospice operate a pickup service – call Mr. Wilson on 243800 and let him know what you have, he will arrange a time to collect from your door. They happily take children’s shoes and clothes as well as the more usual adult items.

Milton is dominated by a Tesco at the southern edge of the village. Their site also includes cash dispensers of all varieties, limited re-cycling facilities, the only petrol station in the village and a dry cleaners. 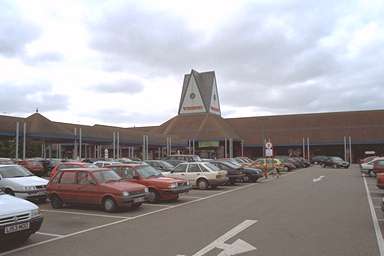 Other than that there are two small parades of shops. One on the high street includes a One Stop general store which is open all hours and also provides a newspaper delivery service, a combined Indian and Pizza takeaway (tel 861948), a florist (tel 725125), a bakery (tel 864173) which also offers sandwiches, hot pies etc, and Harmony hair and beauty salon(tel 863636).

The other parade is on Coles Road. There you will find the village Post Office which is also sells cards and stationery. They also offer newspaper delivery. Across the road you’ll find Katana, a mens hairdresser’s (tel 864317), and Shiralee, a clothing and fabric alteration shop (tel 862408).

There are also a number of isolated shops around the village. Stephanies Unisex Hairdressing professional hairstyling for men and women in the high street (tel 420526). Godden Auto Services at Benet Garage (tel 420380) both sells and services cars and does MoT tests and beside it you will find the Unicorn House Chinese takeaway (tel 420609) and Jaws fish and chip shop (tel 420386).

On the bypass there is the Rectory Farm shop which sells potatoes and other produce in season (including poultry and trees at Christmas) and two farms on Butt Lane beyond the bypass offer seasonal “pick your own”, mainly summer fruits.

Further afield, if you want vegetarian wholefood or organic produce beyond the limited selection offered by Tescos, the Daily Bread co-operative in Kings Hedges offers a wide range of produce.

Other supermarkets in the area include Iceland and Aldi in north Cambridge, Sainsbury in east Cambridge (and the city centre) and Tesco stores in on Newmarket Road in Cambridge and at Fulbourn and Bar Hill (the latter being vast with a big non-foods section). Waitrose fans will find their favourite store in Trumpington, south of Cambridge. Several of the supermarkets now offer home delivery.

Cambridge city centre offers the best choice of shopping in the area. A bus schedule to/from Cambridge is available here.

There are four pubs in the village, all within a few hundred yards on each other. 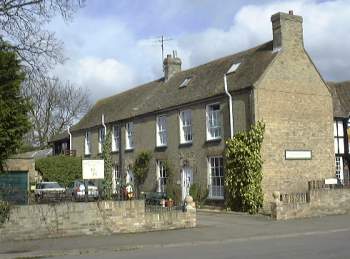 The only accomodation in the village is Ambassador Lodge (tel 860168) opposite Pond Green but Cambridge has a wide variety of hotels and guest houses.

We have our own primary school in the village. At eleven most pupils go to either Impington Village College or St. Bede’s, Cambridge We also have an Agricultural College in the village which is part of the College of West Anglia.

We have two churches in the village. The Church of England church of All Saints’ in Church Lane. It dates from the 12th century, with many later additions. 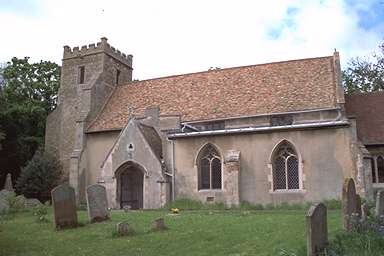 The New Apostolic Church is in the high street close to the shops. For Baptists, the Landbeach Baptist church is a short distance away on the other side of the A10. Contact details and times of services for all of these churches can be found here. 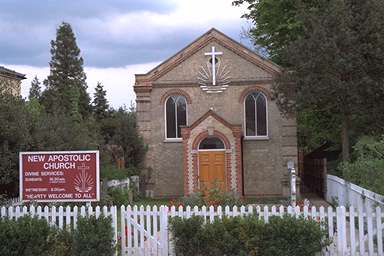 There are a very wide variety of clubs and societies in the village which meet throughout the week at a variety of venues including the Community Centre on Coles Road and the recreations grounds on Coles Road and the Sycamores. There are a wide range of sports available including football, cricket, netball, tennis and both indoor and outdoor bowls. For youngsters we have cubs, scouts, brownies and guides as well as a number of youth groups catering for different ages and interests. 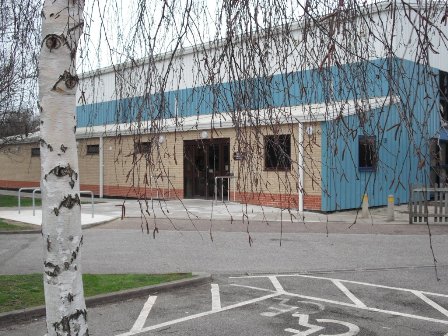 You’ll find contact details for all these activities in the Village Directory.

The Country Park to the east of the village offers pleasant walks beside several lakes of varying sizes and has a full programme of activities.

The River Cam is well worth a visit. You can walk down Fen Road through the conservation area, across the level crossing to the river and then watch the boats working through the lock at Baits Bite and, just beyond that, students and local preparing to row their “eights” towards town. 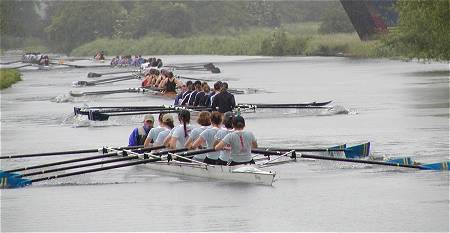 Alternatively turn left at the end of Fen Road and walk towards Clayhithe. 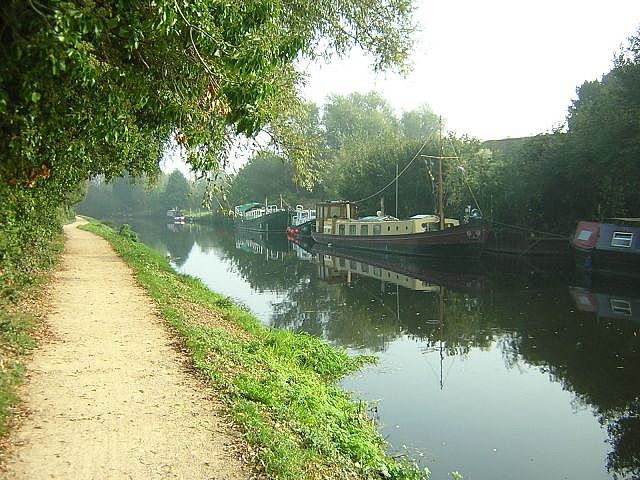 For a pleasant, if somewhat noisy walk, you might also care to try the path on top of the bund separating the village from the A10 bypass. Surrounded for much of the length by bushes and trees it’s only the sound of the cars on the A10 that tells you you’re not in the middle of a dense wood.

Occasionally steam train specials can be seen travelling through Milton. The “Bittern” sped through on Saturday 19 December 2009 on its way from London Kings Cross to Norwich. 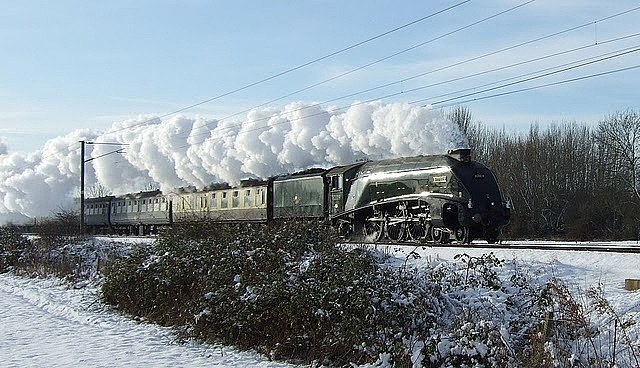 Although there is no adult swimming pool in the village there is a pool in Impington just west of Milton (phone 200404/415 for details) and another at Bottisham (812148) to the east. There are also two indoor pools, Parkside and Abbey (213352), in the city along with an outdoor pool on Jesus Green which opens each summer.

For everything else being close to Cambridge means we have various night clubs, several of gigging venues, three multi-screen cinemas, a number of theatres, plus a wealth of professional and amateur performances of all kinds in the university colleges all close at hand.