Public Consultation has now closed for the Fen road development.

Historic England has announced this monument is scheduled under the Ancient Monuments and Archaeological Areas Act 1979.

Multi-phased settlement dating from the Roman period to C12. The settlement focus moved from the industrial Roman site at the east and north-east corner of Hall Close to the late Saxon and early medieval domestic occupation and agricultural activity indicated at the western end of the field.

The multi-period settlement site, east of Milton, is scheduled for the following principal reasons:

Potential: * for the high level of survival of nationally important archaeological deposits dating from Romano-British to the early-medieval period;

Rarity: * for the well preserved remains of the late Saxon enclosed settlement implying a proto-manorial complex which may have influenced the shift and evolution of settlement focus in the medieval period;

Diversity: * for the diverse range of archaeological features representing the settlement change, evolution and abandonment from the Romano-British to the medieval period;

Group Value: * for the close spatial relationship between the early settlement site and the C13 Grade II* listed Church of All Saints believed to be the focus of the later medieval settlement.

The proposed development is for 36 units 100% affordable. 24 units will be affordable rent and 12 shared ownership. The landscaping of the development will be maintained by Cross Keys Homes and will be an open plan design. The only loss of vegetation will be to clear the way for the new access road. Each property will be allocated car parking spaces with the possibility of an extra 60 cars using Fen Road. The process for extra traffic using Fen Road has been followed through SCDC and Cambs County Highways.

A new pumping station and attenuation pond is to be constructed as part of the development in the east side of the field providing capacity to remove foul water from the site, this would then be discharged to the current ditch running along the field.

The land in question is the first field on the left down Fen Road which has the woods and lake of Milton Hall, now a public open space as part of the North Lodge Park development, on the far side of it. There are houses along most of the right side of Fen Road at this point and it’s also right on the edge of the flood plain (which runs along the 5m contour). All of this field is currently Green Belt. 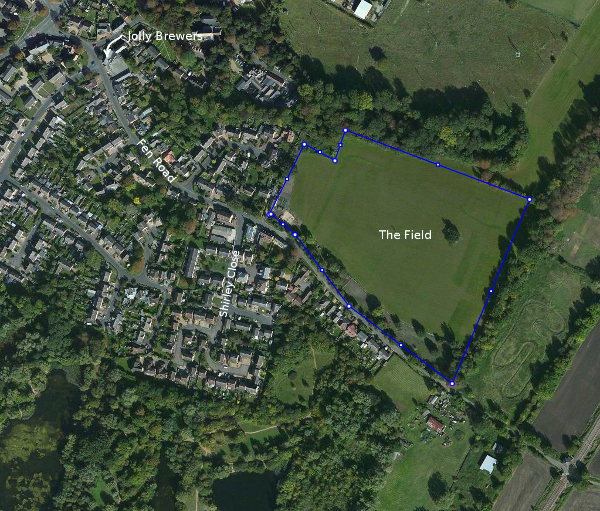 It was confirmed during Octobers parish council meeting that the intention is to submit an application for the development of the site by the end of the year.

Kingswater Lindum are holding a public consultation event on Thursday 26th October 2.30pm to 7pm at the Milton Community Centre. Showcasing their proposal and providing residents the opportunity to see the plans and voice concerns or suggestions.

The Lindum group consultation page is now live and can be viewed by visiting http://lindumgroup.com/consultations/milton,

This provides a Public Consultation Board Design to give an overview of the proposed development.